Best new athletic gear: The Olympics showcase the world’s top athletes. Lucky for the rest of us that some of the high-tech gear developed for them will be on the market soon to help us improve in our own favorite sports activities, on land or on the water.

Here are five new tech developments for athletic gear, created for athletes in the Rio Olympics just completed, that may be on the market soon.

Thanks to Edison Awards, named for the brilliant inventor and entrepreneur Thomas Edison, which tracks the latest innovations that improve our lives. 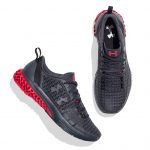 These 3-D printed shoes were created especially for Olympic swimmer Michael Phelps, and while the shoes were developed solely to generate a marketing buzz for the company’s UA Architech 3-D printed shoes, launched earlier this year, they have taken on a special meaning for the swimmer. While printing the shoes, Under Armour placed the footprint of Phelps’ infant son on the insole to remind the swimmer what he is working for back at home. 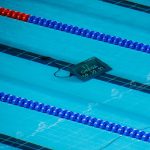 The official timekeeper of the Olympic Games since 1932, watchmaker company Omega expanded its role in this year’s Rio Olympics, by developing an underwater lap counter to replace the human officials placed at the pool’s edge counting the number of laps the swimmers have completed. The counters were installed at the bottom of each lane and update each time the swimmer touches a pad on the wall. The numbers are visible to the competitors underwater, which keeps the swimmer from having to lift their head out of the water, helping to maintain their split-second speed needs. 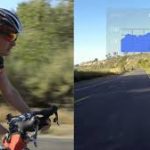 Solos partnered with the U.S. Cycling team to develop a pair of shades that display cyclist’s vital signs in an aerodynamic and stylish manner. The smart glasses also contain a speaker, which deliver an audio feed of the cyclist’s stats and connect to a mobile device. While the team  trained with the Solos glasses, they are unable to wear them during the competition. Maybe at the next games, in Tokyo in 2020. 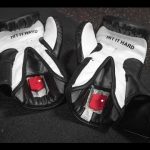 Both the U.S. and Canadian boxing teams trained with a new punch-tracking system. The Hykso punch-tracking sensors are placed under the tape on the competitor’s wrist and sends data back to a mobile app that counts punches and measures their intensity. The app even has the ability to distinguish what type of punches are being thrown. 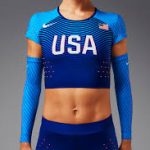 Nike has been outfitting Olympic athletes for years, and recently the Nike Sports Research Lab developed special texturized running gear for track and field athletes. Nike AeroBlades are so-called “formed nodes” that look like tiny hooks or spikes. They reduce wind resistance by manipulating the movement of air around the athletes. To test the drag-reducing performance, Nike placed the gear on mannequins and placed them in the wind tunnel, which helped scientists determine the precise placement best for the athletes.

You’ll have to wait to find which of these products will be available for purchase, when, and what they will cost. Don’t hold your breath, unless you are a synchronized swimmer.