Kansas City and San Francisco have much more in common than the World Series 2014 match between the Royals and the Giants, including food, technology, music and other sports besides baseball.  Here’s some of what they have in common besides loyal fans:

BASEBALL HISTORY: The Kansas City Royals are the successor team to the old Kansas City Athletics. The San Francisco Giants used to be the New York Giants, when they played in the Polo Grounds in Upper Manhattan near where I grew up, and the team’s superstar was Willie Mays.

According to the New York Times, from which this article is adapted, the Kansas City Athletics and the San Francisco Giants overlapped in the majors from 1958 to 1967 but never played each other. That’s unlike their predecessors, the Philadelphia Athletics and the New York Giants, who met in the World Series in 1905, 1911 and 1913.

BEER – Anchor Brewing, based in San Francisco since 1896, is one of the few places that still produce steam beer. Boulevard Brewing in Kansas City bills itself as the largest specialty brewer in the Midwest.

MUSIC – The hometown of Charlie Parker, Kansas City developed its own style of jazz in the 1930s. In the 1960s and 1970s, local musicians including Jefferson Airplane and The Grateful Dead played a style of rock known as “San Francisco Sound”. 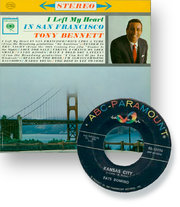 SONGS  – Tony Bennett and Fats Domino have had hit songs about the World Series’ host cities. Bennett’s version of “I Left My Heart in San Francisco” is a musical icon, as is Fats Domino’s version of “Kansas City” where “they got a crazy way of loving,”  My own favorite song about KC is from the Rodgers and Hammerstein musical Oklahoma, singing that “Everything’s up to date in Kansas City” and “it’s better than a magic lantern show.”

TECHNOLOGY – San Francisco is close enough to Silicon Valley that many employees of Google and other high-tech companies live here and work there, commuting daily.  Kansas City won a national competition to be the first city to get Google’s high-speed fiber optic network.

FOOTBALL – Legendary quarterback Joe Montana played for the San Francisco 49ers in 1989, and for the Kansas City Chiefs in 1994. Steve Bono made the same journey in 1994. Three years later, in 1997, Elvis Grbac was drafted by the 49ers, but he signed with the Chiefs as a free agent, replacing Bono as the starter. Alex Smith, the current Kansas City quarterback, was the No. 1 overall pick by the 49ers in 2005, but went to the Chiefs in a 2013 trade.

PRO BASKETBALL – The Kansas City Kings and the Golden State Warriors played regularly as Western Conference foes from 1972 to 1985, when the Kings moved to Sacramento and before the Warriors moved from San Francisco to Oakland.

COLLEGE BASKETBALL – The 1957 Final Four, held in Kansas City, was among the most memorable in N.C.A.A. tournament history, with several athletes who went on to be N.B.A. legends. In the national semifinals, Wilt Chamberlain and the Kansas Jayhawks, whose home in Lawrence is about 40 miles west of Kansas City, defeated  the San Francisco. Bonus connection: The Dons are now coached by the former Kansas star Rex Walters.

HOCKEY – Between 1974 and 1976, Kansas City had an N.H.L. team, the Scouts, who competed against the California Golden Seals, who played in Oakland. Both teams finished in last place in their divisions those two seasons. In 1976, the Golden Seals moved to Cleveland, where they folded two years later. The Scouts moved to Denver, and then to the East Coast, where they are now known as the New Jersey Devils. 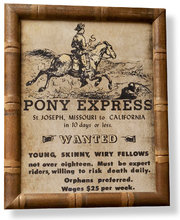 FILM – Kansas City is the birthplace of Robert Altman, while Clint Eastwood was born in San Francisco and roamed its streets in the “Dirty Harry” movies. Both directed movies about the Kansas City jazz scene: Altman’s “Kansas City” and Eastwood’s Charlie Parker biopic, “Bird.”

CHOCOLATE – San Francisco-based Ghirardelli is the second oldest chocolate company in the United States, while Kansas City-based Russell Stover Candies is the country’s leading manufacturer of boxed chocolates. But both are owned by the Swiss chocolate giant Lindt & Sprüngli.

DISTINGUISHING WATER FEATURES San Francisco is the city by the bay. Kansas City is the city of fountains.

I have a problem: I don’t know who to root for.  I grew up near where the New York Giants played at the Polo Grounds, and they were my team.  I went to college at the University of Missouri’s top School of Journalism, near Kansas City.

Who are you rooting for in this 2014 World Series?